Founded by Jess Murray in 2006, Tap Rhythm Project has performed at venues such as Band on the Wall and Matt and Phreds in Manchester, and Peggy’s Skylight in Nottingham.

Jess is known in the UK for her work as a tap dance performer and tap jam host (Tap Rhythm Project, London Tap Jam, Tap Dance Festival UK). Her inspiration comes from ‘Hoofing’, which places musicality, improvisation and self-expression at the heart of the tap dancer’s craft. As a guest soloist tap dance improviser, Jess has appeared twice at the Purcell Rooms as part of London Jazz Festival with Heather Cornell and Andy Milne and Bandwidth in Finding Synaesthesia (2007) and again with Andrew Nemr and Ademola Junior Laniyan as part of the Michele Drees Jazz Tap Project (2013) with whom she also performed at Ronnie Scotts (2010).

Guitarist Joe Egan leads the band alongside Jamie Sykes on the drums and Eloise Oates-Lidar on the trumpet. As band mates in Major Ruse, Joe and Jamie have performed across the UK at festivals, events and venues including the Manchester Jazz Festival, Love Supreme, We Out Here and Camden’s Jazz Café as well as receiving national radio play and performing live on BBC6Music. Since graduating from the jazz degree course at Leeds College of Music in 2016, Joe has also performed and released music as a solo artist and achieved national radio play.

Similarly, Jamie Sykes has also had success as a solo artist under the name Ilke-Ta releasing his album ‘The Benefits of Sitting Still’ through Seattle based record label RealMoreReal.

Joining them on the trumpet is Eloise Oates-Lidar. Eloise has played jazz on the vibrant streets of New Orleans, performed in front of big names such as Wayne Bergeron and Gordon Goodwin and performed at both Love Supreme Festival and Manchester Jazz Festival.

Tap Rhythm Project can offer concert performances as well as integrating workshops and tap jams for audiences to get involved in.

We can perform as a quartet (taps, guitar, drums, bass/trumpet) or expand the group to feature additional tap dancers and musicians.

To discuss how we can bring tap dance and live music to your event, contact Jess Murray jess@tapproject.com 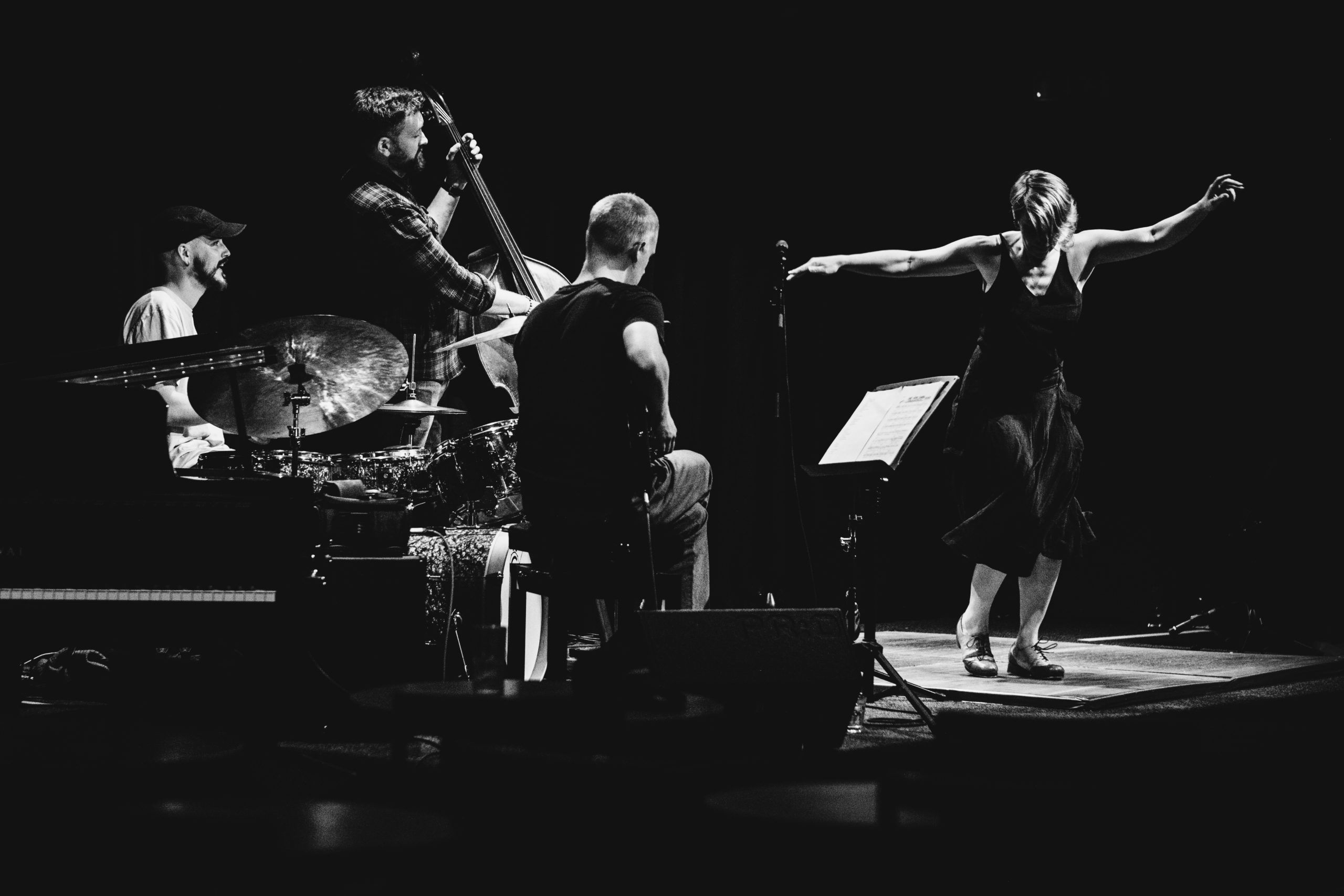