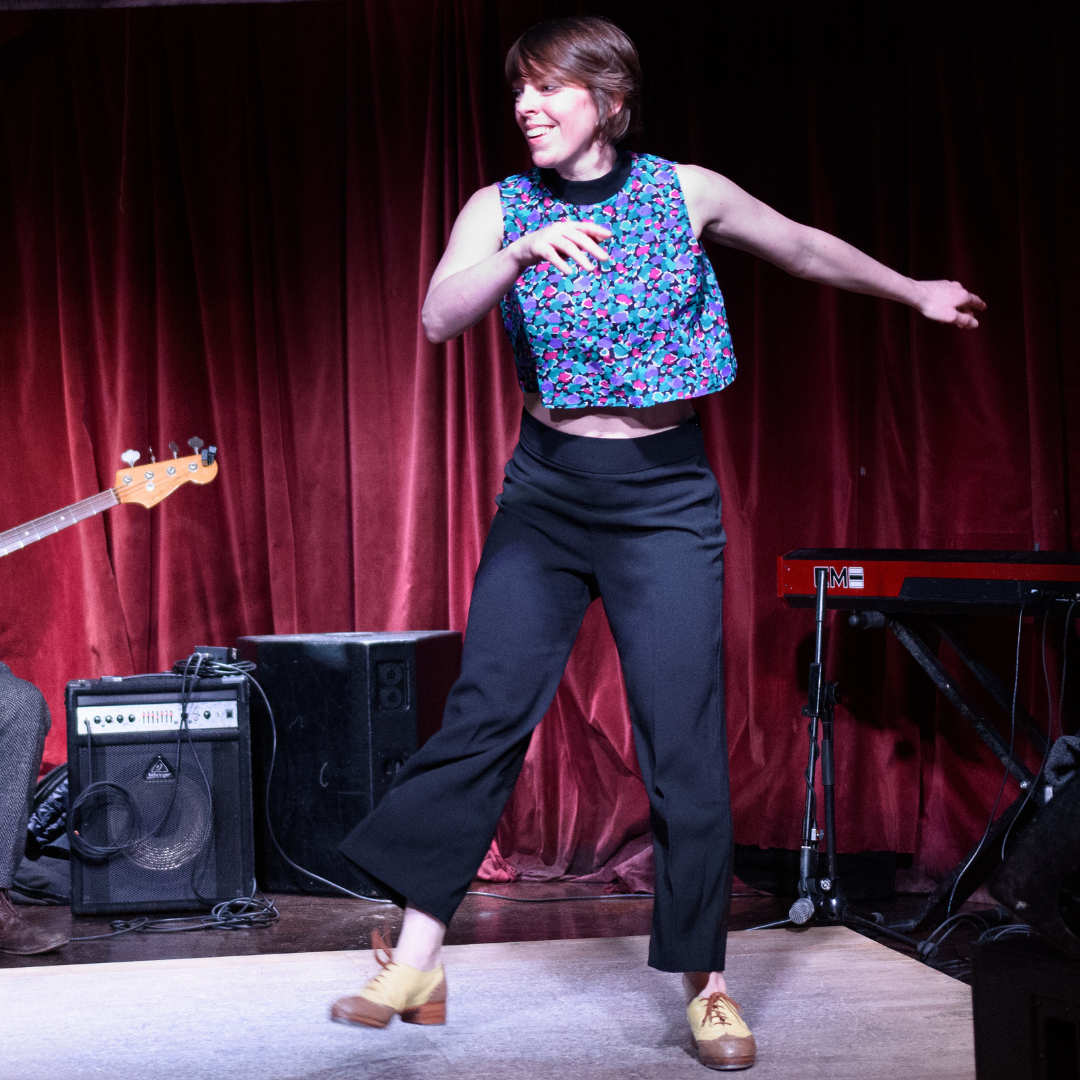 Her inspiration comes from ‘Hoofing’, which places musicality, improvisation and self-expression at the heart of the tap dancer’s craft. She is known for her work producing and hosting tap jams (Tap Rhythm Project, London Tap Jam, Tap Dance Festival UK) which she has done for many years.

As a guest soloist tap dance improviser, Jess has appeared twice at the Purcell Rooms as part of London Jazz Festival with Heather Cornell and Andy Milne and Bandwidth in Finding Synaesthesia (2007) and again with Andrew Nemr and Ademola Junior Laniyan as part of the Michele Drees Jazz Tap Project (2013) with whom she also performed at Ronnie Scotts Jazz Club (2010). Jess has created and performed original material as part of trio Untold Rhythm and Tap Rhythm Project.

Jess appeared as a Clog dancer with sell out show The Lock In Dance Show in three UK tours, a run at Glastonbury Avalon Stage and the Edinburgh Fringe. She has also worked for French pyrotechnic and percussion company Les Commandos Percu, performing in France, Belgium, Holland and collaborating to create On the Night Shift for the Olympic Opening Ceremony at Windermere and Paralympics Closing Ceremony in 2012.

Jess has over 15 years teaching experience in Further Education, Higher Education, schools and community settings and was resident tap teacher at The Liverpool Institute for the Performing Arts (LIPA) between 2005-2010. 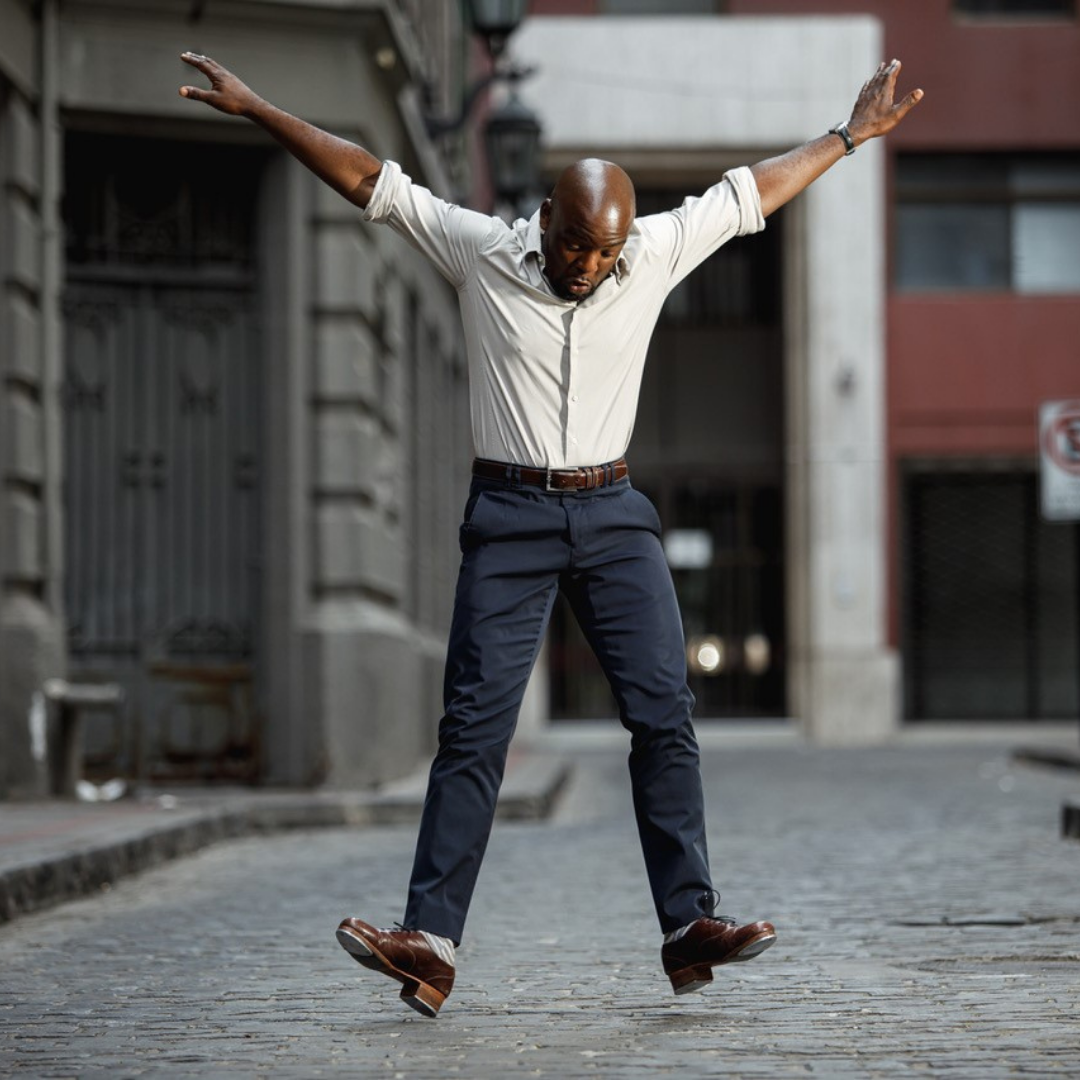 Leading UK tap artist Ademola Junior Laniyan has performed at London’s Royal Albert Hall with the recording artist Robbie Williams; Canadian Tap Pioneer Heather Cornell in Finding Synesthesia for both the London and Salzberg Jazz Festivals and in The Purcell Room for Out of the Blues with his tap Mentor Tobias Tak. 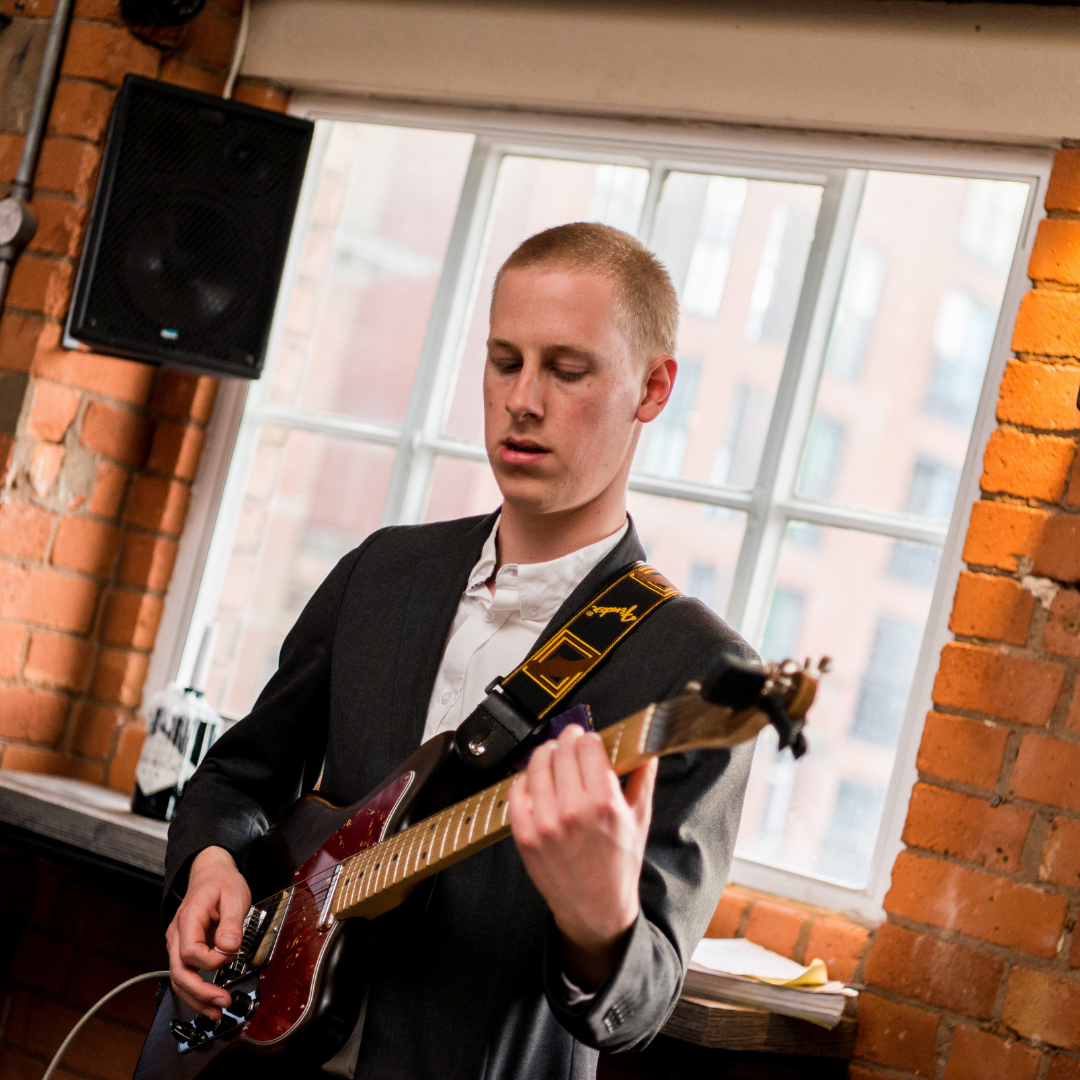 Joe is a performer, composer and teacher specialising in jazz and improvised music. Since graduating from the jazz degree course at Leeds College of Music in 2016, Joe has also performed and released music as a solo artist and achieved national radio play. As a member of Major Ruse, Joe has performed across the UK at festivals, events and venues including the Manchester Jazz Festival, Love Supreme, We Out Here and Camden’s Jazz Café as well as receiving national radio play and performing live on BBC6 Music. 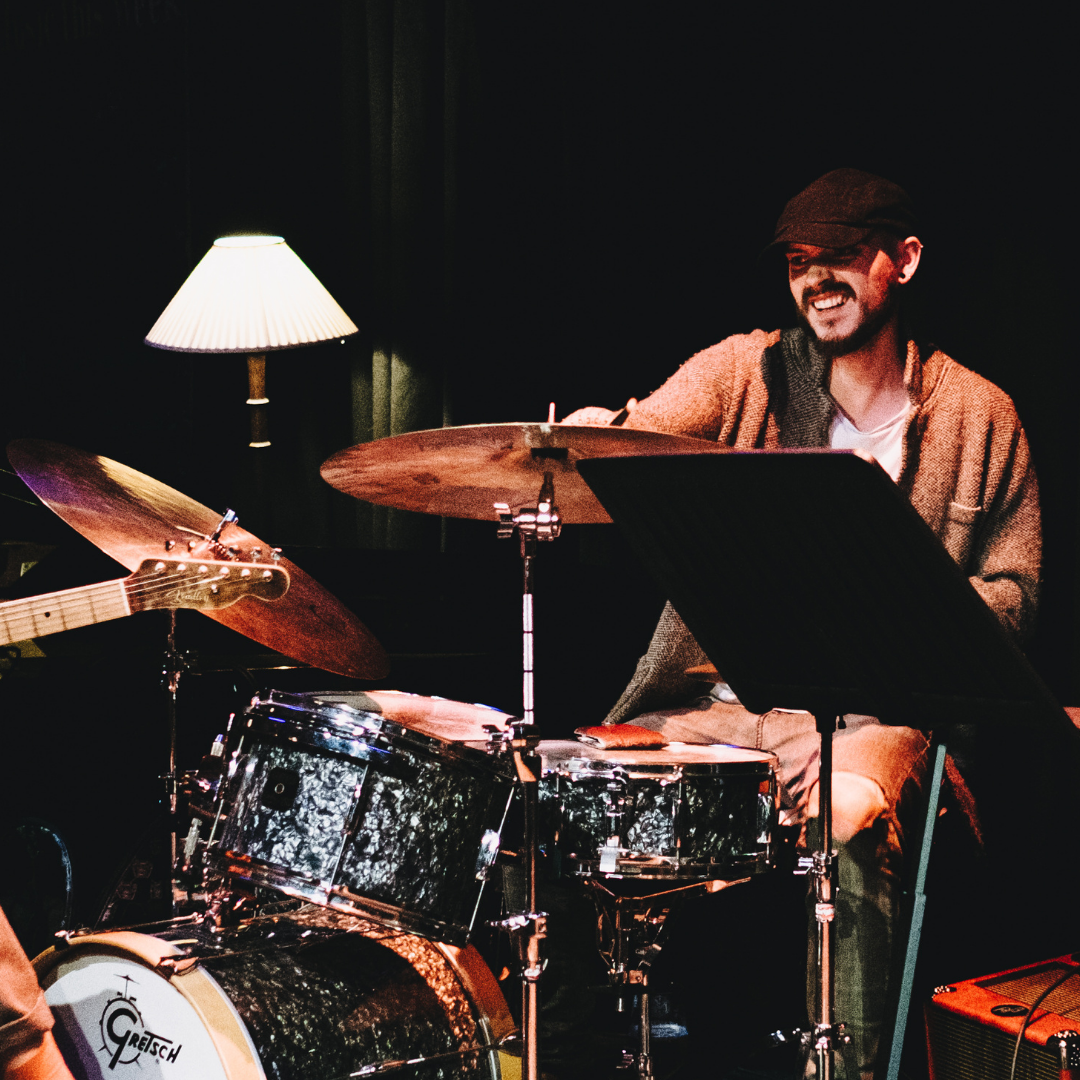 Jamie is a professional musician, producer and educator. Stylistically, Jamie has a contemporary approach to jazz and draws inspiration from world music, dynamically fusing linear patterns with complex subdivisions and metric modulation to develop an original sound behind the kit. Jamie performs with Major Ruse and  has also had success as a solo artist under the name Ilke-Ta releasing his album ‘The Benefits of Sitting Still’ through Seattle based record label RealMoreReal. 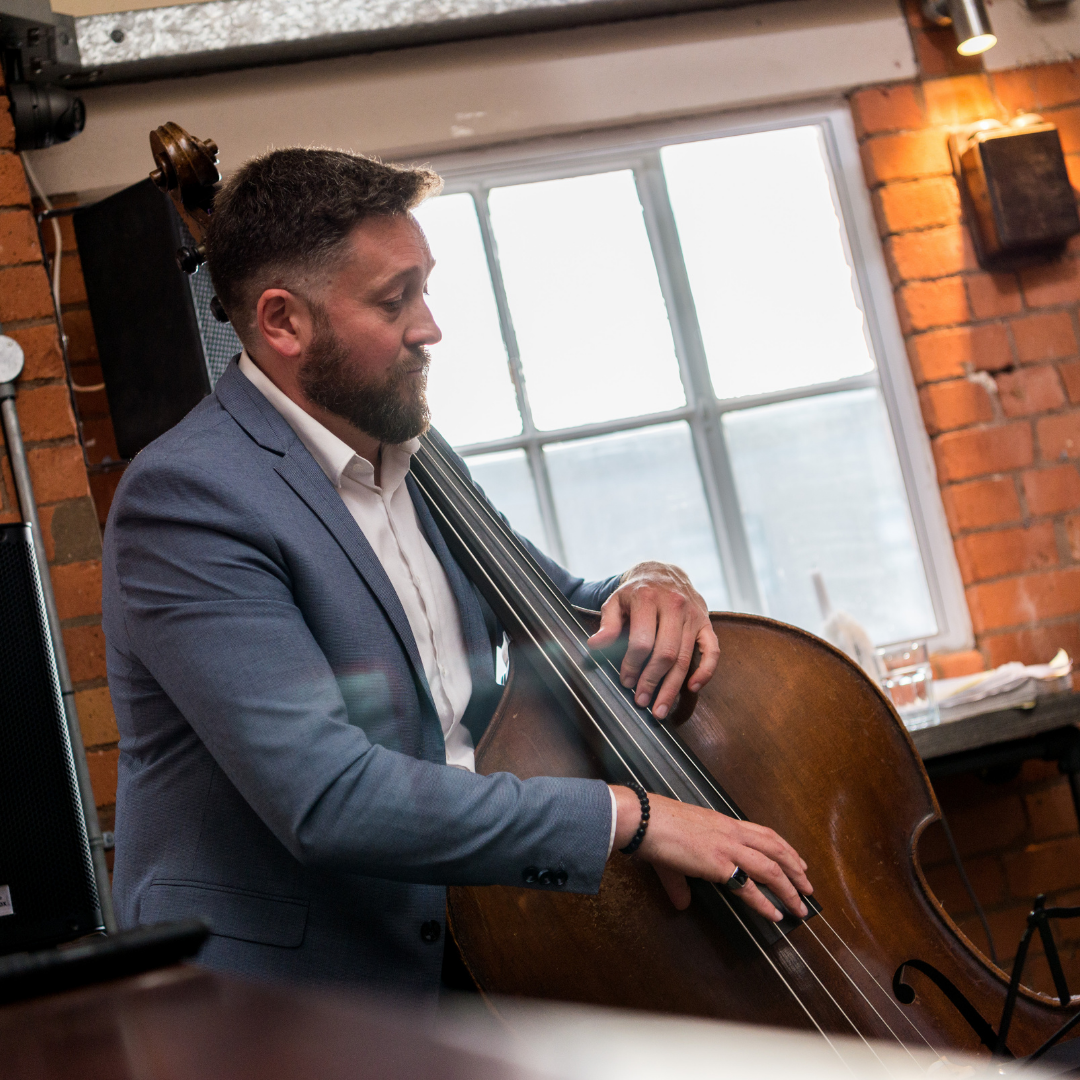 As an instrumentalist, composer, and producer Andy has toured the globe and was nominated for Best Production at the 2014 Vimeo Awards in New York. He is a resident artist with Origamibiro at Denovali Records in Berlin. He currently plays with Grammy nominated singer songwriter Zoe Johnston and rising star of the folk scene Katie Spencer.